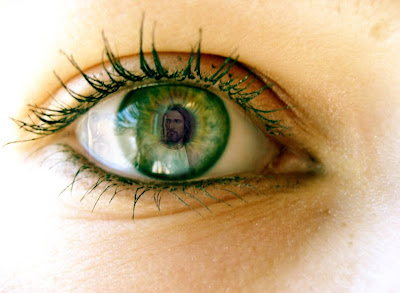 You're the apple of my eye! You've heard it before. And if you have grown up in church I know you have been told that you are the apple of God's eye as well. But what does that really mean? We al know from the context of how the phrase has been used over and over again that it represents favor. But why?
If you were able to attend the last SHINE event, you already have some insight on this phrase. We were amazed the more and more we learned about this old phrase as it gave us a new meaning to God's love for us. Let me just share...
Moses talks to the people of Israel in Deuteronomy 32:10 as he tells them how God has cared for them. Then, in Psalm 17:8 David asks God to keep him as the "apple of the eye" and guard him. And in Proverbs 7:2 we are told to keep God's commandments as the apple of our own eyes.
So what exactly is the apple of the eye? The Greek word used for "apple" is actually the same word for pupil. So when God tells us to guard his commandments like the apple of our eye, that means as we would protect our pupil.
Let's look and see what is so important about the pupil and why we need to protect it. Look at these interesting facts and spiritual symbolisms for the pupil.
There are many other facts that we discovered and shared about the pupil, but the one most interesting fact was found after our event. It is so interesting and such an example of God's love for us, that I have to share it.
The original Hebrew for this idiom was 'iyshown 'ayin (אישון עין), and can be literally translated as "Little Man of the Eye." This is a reference to the tiny reflection of yourself that you can see in other people's pupils.
[You are the Apple of God's Eye:
You are the Little Man(or Woman) of His Eye]
When God Looks at You, He Sees the reflection of himself! That was His plan. That is what it means when you hear that you are the apple of His eye. Now here is the hard question... ARE YOU? Can He see His reflection on your life? Are you mirroring Jesus?
God loves us so much. We are the apples of His eye.. but He also wants us to hold His commands as the apple of our eyes as well. Let's think about the wonderful love God has for us and learn to have a love relationship with Him. He promises to love and protect us as the apple of His eye, and we must love right back by protecting His commands as the apple of ours.
Posted by Christina at 1:59 AM